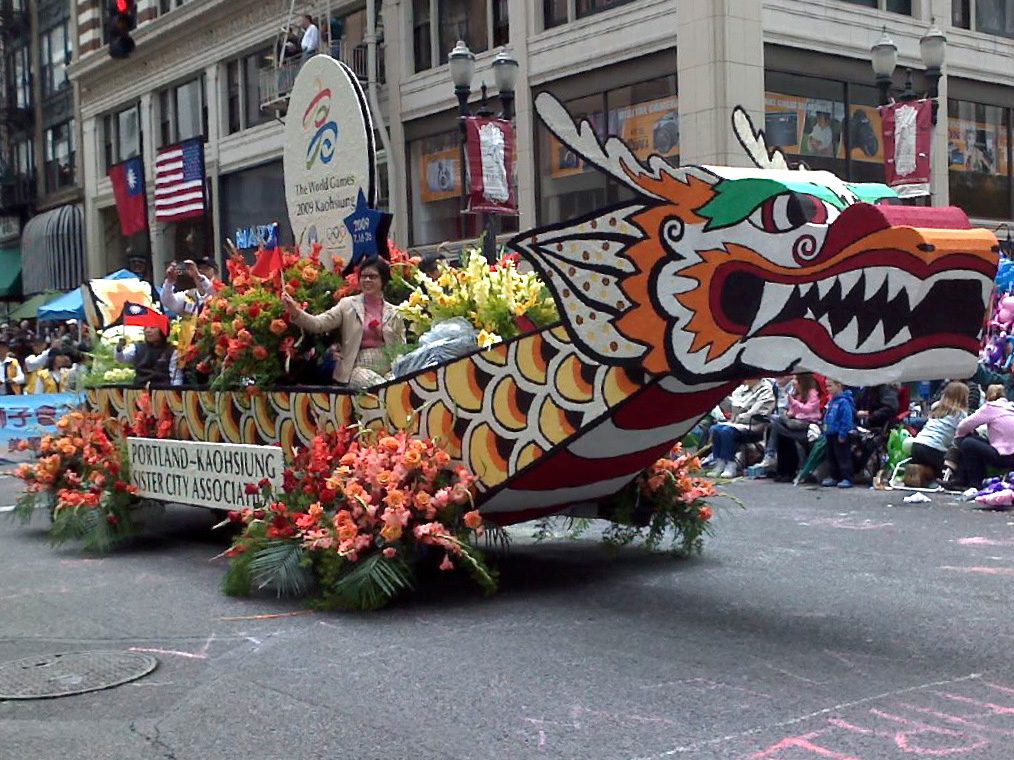 SALEM — Governor Kate Brown declared a state of emergency this morning as thousands of revelers took to the streets of Portland to watch the Rose Festival Grand Floral Parade. She said Oregonians are placing themselves at risk of suffering and death by spending time in the sun just to watch a bunch of colorful floats. “I wish there was a way we could move this event inside,” said Brown, who was clad from head-to-toe in a burka-like anti-sun garment.

Brown said Oregonians are playing with fire if they make the foolhardy choice to expose themselves to the dread ultraviolet rays. “Look at all those wacky Californians with their tanned skin and white teeth,” she said. “Do we really want that ugliness here?”

Brown was thankful the Portland media seemed to share her concerns. “Channel 8 ran a piece on level-70 sunscreen and channel 12 suggested viewers remain in the comfort and safety of their air-conditioned homes to watch,” she said. Brown’s spokesman, Brian Shipley, said he doesn’t think the governor’s office is overreacting. “Oregonians are right to be terrified of the sun,” said Shipley. “It’s very dangerous,” he said. Shipley related a story where he once discovered what he thought was a cancerous mole on his cheek. “It turned out it was just a piece of brown rice leftover from lunch,” he stated. “Boy, that was a scare!”

Brown said if it was up to her, she’d outlaw the Grand Floral Parade on days when the sun cast its evil gaze on Oregon’s largest city. “Oregonians should just stay inside with their whole grains and their marijuana pipes,” she said. “It’s much too dangerous to go outside.”