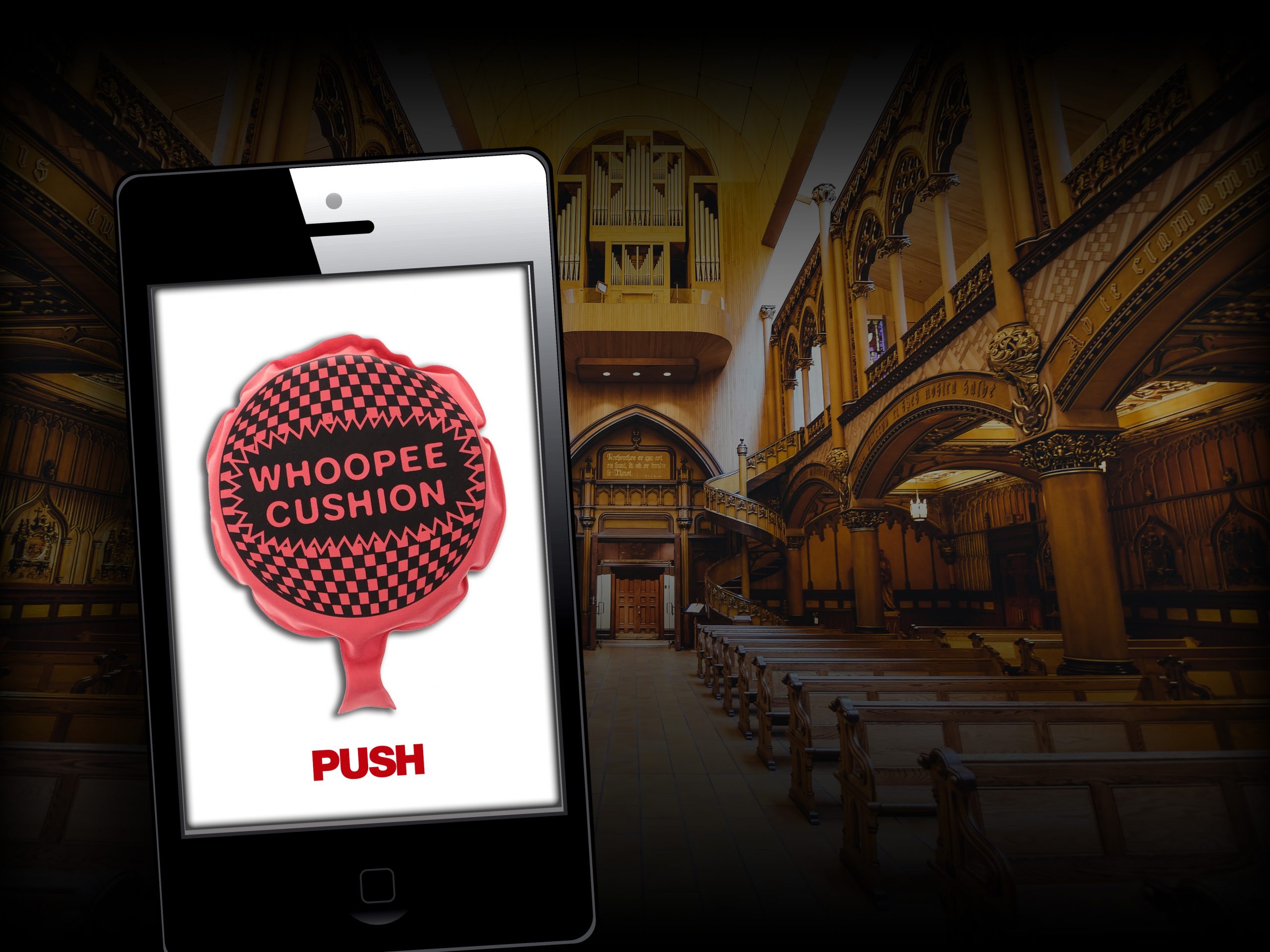 Loss of control: Part I

Did you know that even when your iPhone’s volume is silenced with the physical switch on the outside of the case certain applications can override it and reactivate the phone’s speaker?

When the remarkably realistic whoopee cushion application on my iPhone deployed during the Eucharist, I was as shocked as anyone. And when it began to loudly render many of its 100-plus recordings of various disgusting bits of shockingly realistic flatulence, the hard wood of the pew served only to magnify my phone’s unspeakable voice. With echoes of various appalling farts reverberating off the 90-foot ceilings of the nave, shocked worshipers froze in horror. And when I panicked and decided to stuff the farting phone underneath my thigh, I should’ve foreseen such action as inadvisable — my attempt to hide the blaspheming phone served only to muffle its irreverent noises, causing offended parishioners to zero in on my pants, where my iPhone continued to vigorously belch its awful medley. Worse, as I fumbled blindly with the phone, I’m told I gave the impression I was “leaning into” the noises it was producing. Don’t laugh — it wasn’t funny.

In my continued panic, I thrust the offending device at my teenage daughter — who, it should be known, was choking with laughter — telling her to take the phone to the narthex and silence it, no matter the cost. At that point, I would’ve been happy to immerse my stupid phone in holy water if doing so would’ve shut it up.