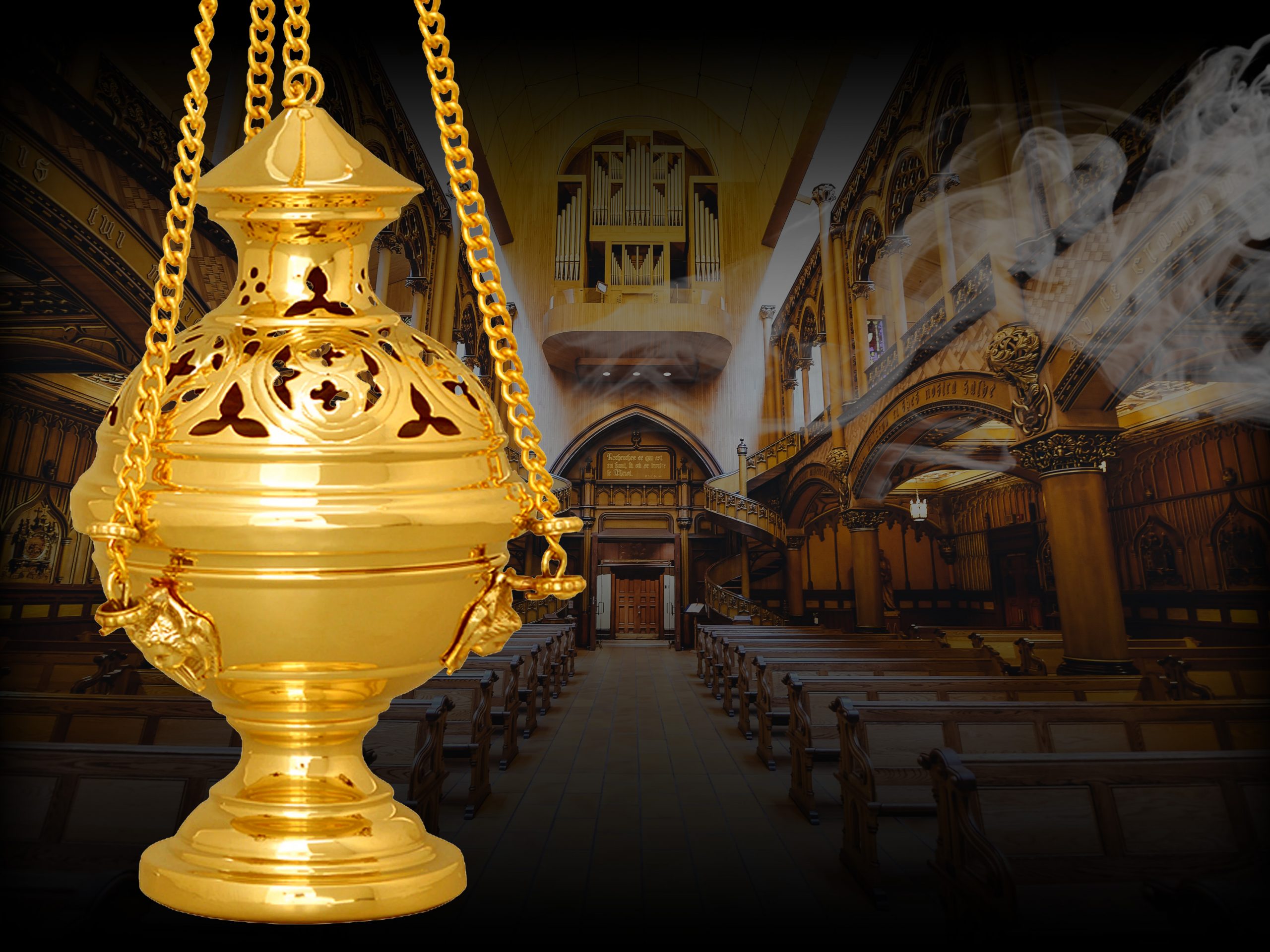 This time, the good intentions of a Sunday school teacher went awry when he didn’t think through every aspect of his lesson — unfortunately, I don’t have an iPhone to blame.* I suppose I could’ve credited the kids or even feigned ignorance, but if I’d done either, one or more of the kids would’ve wasted no time throwing me under the bus.

It’s not that it was a particularly complicated lesson or anything — in fact, I can’t recall what the in-depth topic was. But I do remember the prop I brought. I sometimes brought snacks, sometimes objects, stuff that would both hold the kids’ attention and, in the case of certain objects, give them a concrete item that would tie into the lesson or into history and maybe even fascinate them enough to get them to ask questions. For example, after Advent and Christmas – during Epiphany — I always brought gold, frankincense and myrrh so the kids could see, handle and smell the gifts of the Magi.

This fateful Sunday, I brought an object that had fascinated me since I was a child, myself.

Ever since I was young, I remember an enthrallment with censers. What enigmatic action went on inside these ornate metal vessels? How did they produce such beautiful scents and eerie smoke? What made them work? Was there really a fire inside? For obvious reasons, a child isn’t privy to the inner machinations of devices that burn and, besides, such holy objects are kept mysterious by ensuring they’re safely locked away most of the time, hidden in the sacristy, a room filled with many obscure, ornate and beautifully esoteric objects.

Remembering my own wonder, it was with the best intentions I acquired an elegant 19th Century censer and brought it in to show the class. Made of brass, it was ornately scrolled, its thick metal softened by delicate-looking filigree with complicated flourishes. The vessel was suspended on three thin chains about three feet long, culminating in a cap and hook on the top end for safely hanging. I had also brought along the materials to light it.

My elementary-school-aged Sunday school class showed some interest in the censer, if for no other reason than they’d always been off-limits. Unlit, I allowed the kids to examine the thurible — reverently, they passed it among themselves, admiring its elegant metal beauty. Taking the censer back, I explained how it worked and why we use incense in the first place — that the smoke symbolized our prayers being carried upwards. I then carefully loaded it with a small charcoal briquet and placed incense crystals atop the coal, setting the coal alight with a match. Together, the class and I watched the briquet crackle and burn, delighted when the incense began to smoke and produce that ethereal smell.

The class was silent for a moment as we watched the censer emit its lazy tendrils of white smoke. Satisfied, I was sure the kids would have some good questions for me. But all sense of satisfaction at a lesson well-received was erased a few seconds later when I learned something new about censers.

In that moment, I discovered that 50-foot ceilings in a soaring nave are far more amenable to smoking censers than the claustrophobia-inducing eight-foot overheads of a cloistered classroom.

I learned this fact at pretty much the same time the fire department was notified my church was on fire. As luck would have it, this was also the moment the priest’s homily was interrupted by shrieking fire alarms.

Well-schooled in the art of the fire drill, the kids automatically rose and made their way down the hall and out the door. Led by the priest and acolytes, the congregation followed a couple minutes later. In shame, I lowered my head, the smoking censer hanging from my hand like a flashing neon “I did it!” sign. My efforts to conceal myself behind my charges were thwarted when the kids began pointing at me and my holy smoke bomb as sirens screamed and giant fire trucks roared up to complete our unexpected party.

After a brief meeting in the parking lot, it was determined that it had all been a big misunderstanding caused by one Sunday school teacher who apparently didn’t think through his lesson. And after the fire engines had departed, we all returned inside to finish the Mass. If nothing else, I knew the kids would remember today’s lesson.

And my Sunday school classroom reeked of piety.