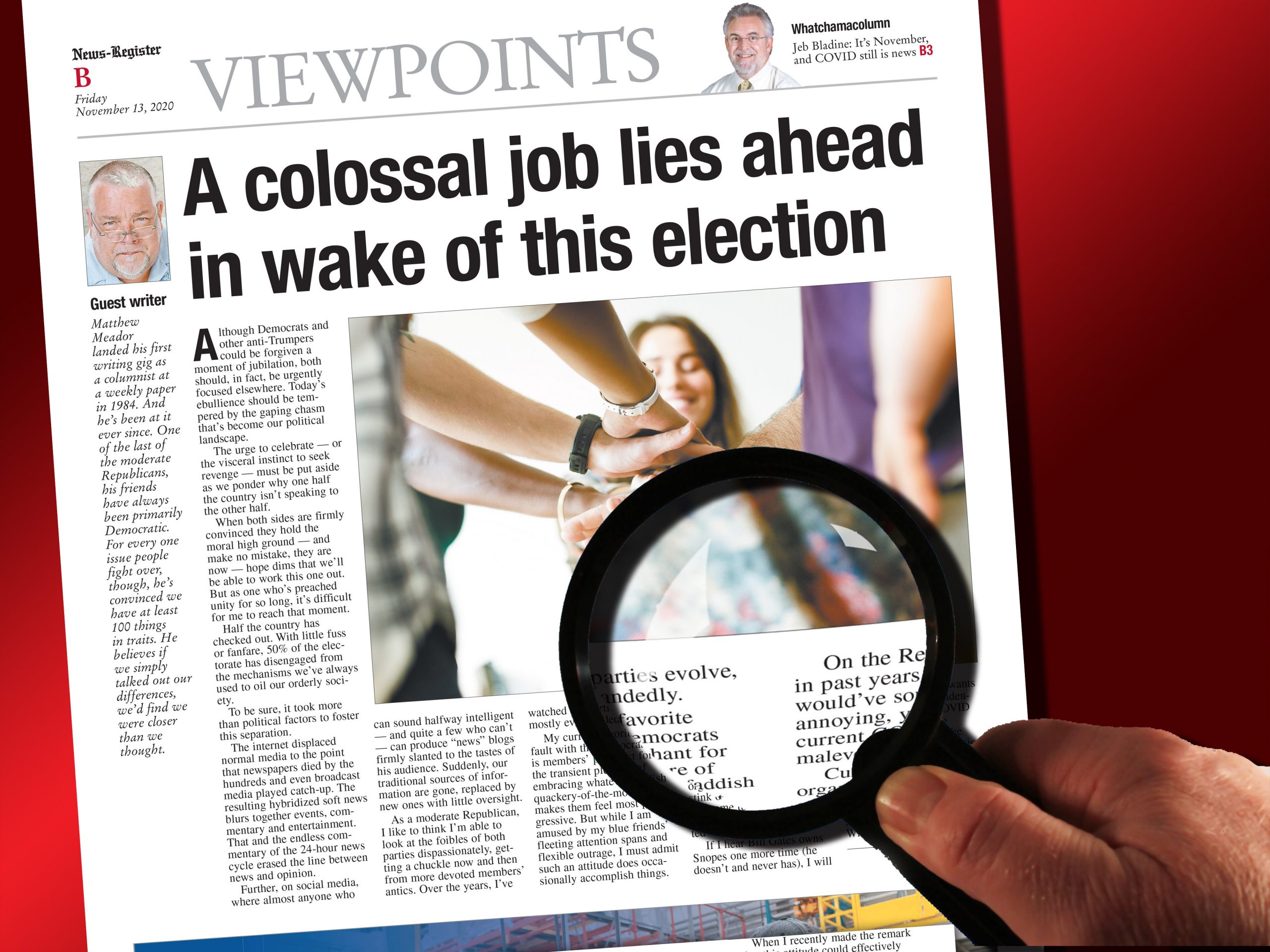 I recently wrote on a topic of great concern, namely Republicans’ relatively newfound disdain for fact-finding. More specifically, Republicans’ growing distrust of anything they label liberal means any group or institution on which they’ve slapped that label cannot be used to verify facts. At this point, the list includes pretty much every university, news organization, research institute, information aggregator — essentially all of the traditionally accepted ways to verify the veracity of information. In my opinion, this is enormously problematic.

My piece stayed on topic, detailing the issue and hope for a solution. I took pains not to insult party members — after all, it’s my party, too. I did not mention the president.

Someone named James Crawford of Yamhill penned an angry rebuttal letter-to-the-editor, submitting it to the News-Register, the newspaper that published the piece. Of course, I doubt Crawford intended to help me prove my point but he did just that, rather handily.

Crawford opened with a damning statement: “The recent column by Matthew Meador demonstrates a profound disconnect from reality.” It’s always good to start with a confident yet provocative position, in my opinion. But that’s where Crawford’s lucidity disappeared.

Launching into a litany of Republican grievances, Crawford departed from my fact-verification theme, never to return. Beginning with the impeachment and sputtering angrily through Russian and Ukrainian matters, Crawford listed complaint after complaint detailing how he believed the president and Republicans had been wronged over the last four years. I kept expecting him to return to my point but he didn’t, instead ending with illegal voters and the Electoral College. Crawford never challenged my assertion that Republicans had largely abandoned fact-checking.

Every point Crawford made was stated as fact, even all his subjective opinion and the bits of invective he squeezed in. Not a single mention of fact-verification, only a condemnation of me for apparently not mirroring his opinion.

On a small scale, it was exactly the point I was trying to make. Thank you, Mr. Crawford.