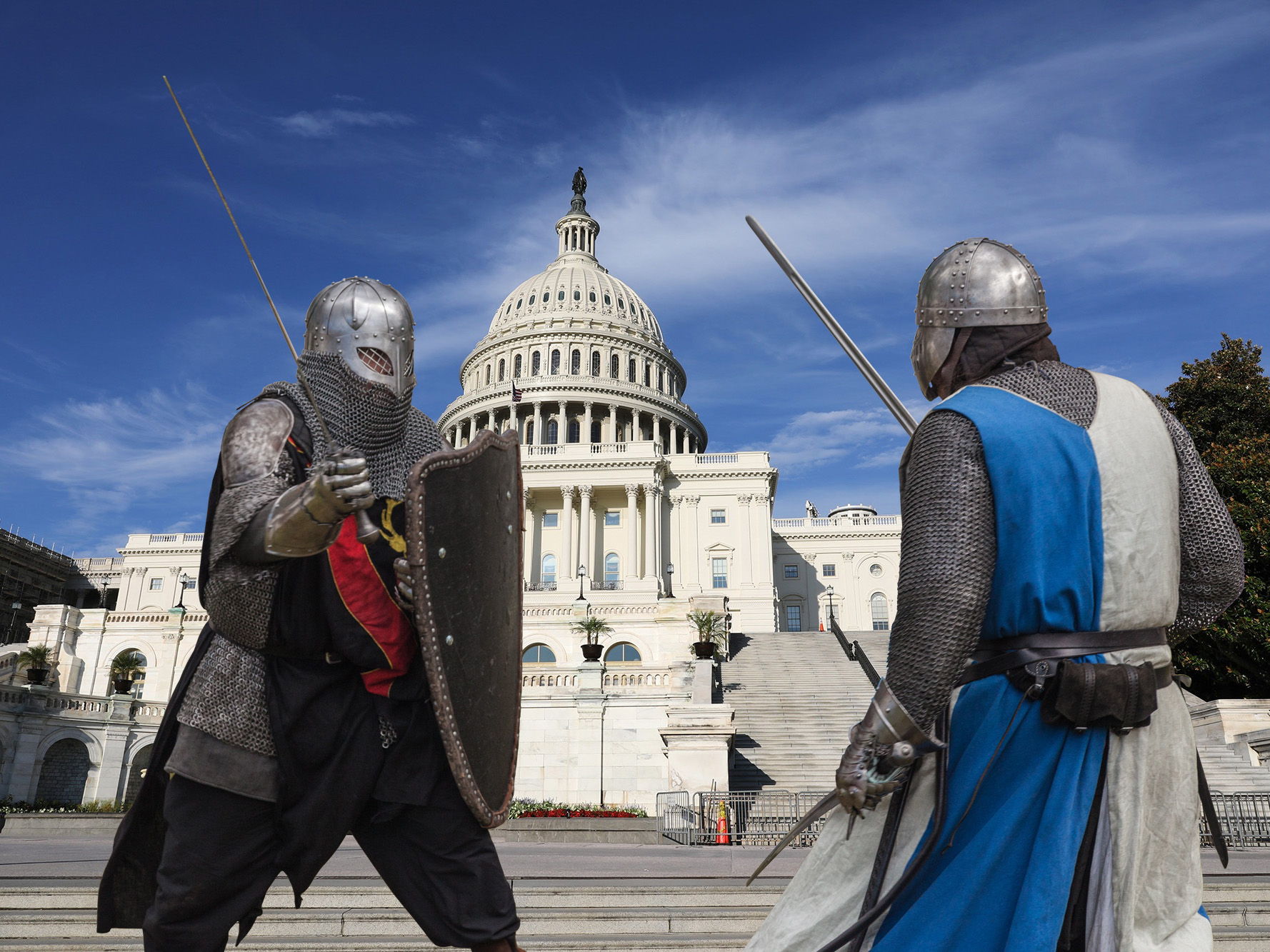 We need the opposition

As much as you hate the people who disagree with your politics, you need them. Even though they cause you frustration and anger, that opposition offers you guarantees you wouldn’t have without it. In fact, in the spirit of the season, you might even give thanks for those who cause you so much angst and consternation.

Why on earth would anyone do that?

Free speech is arguably the most crucial guarantee in a free society. Without it, we lack balance in virtually every area of our lives. And while free speech is among the most basic of freedoms, its effect extends far beyond the misunderstood literality of letting anyone say anything. In fact, it could be argued the freedom to speak, itself, is the singlemost important factor in keeping public discourse both honest and ongoing.

In an oppressive society, the first liberty removed is always free speech. Without it, it’s much easier to mold and shape the public’s opinion. Free from rebuttal, an oppressor may make its case without fear of question, doubt or dilution.

In a free society, to be sure, there are limits. Speech promoting actual hate, violence or destruction works against orderly community so it must be monitored and minimized. But the bar for hate speech should be uncomfortably high. Is it true hate speech or just a hateful statement? Does it encourage harm or does it just say something awful? It’s not a matter of semantics: hate speech is undeniably abusive and threatening. But ugly speech that’s just insulting or mean-spirited should not instantly be labeled hate speech. Put another way, we must be very careful muzzling the opposition — just because they say something we find repugnant or disgusting doesn’t automatically give us the right to silence them. But this isn’t an essay on the comparably narrow topic of hate speech.

Living in a free society means living with people who hold profoundly different points of view. This disparity brings order and balance to public discourse. But it is an order and balance currently living in peril, the technology that first celebrated free speech now being used to compartmentalize and suppress this vital liberty.

I always half-jokingly blame the Today show for starting the decline 40 years ago.

We’ve been far less careful in maintaining a firm line between news and commentary than we should’ve been. When news, commentary and entertainment are provided on the same studio sets, presented sequentially and read by the same people, there was no avoiding eventually blurring the line between fact and opinion. At first, it fell to the audience to intellectually — or at least instinctually — know the difference between the two. But somewhere the public abrogated its responsibility to separate them and now, with social media affecting every aspect of our lives, we’re seeing the results of undisciplined news presentation to an audience who no longer can tell what’s news and what’s commentary. Social media algorithms designed to show us the topics and sponsored content we want have become nothing more than virtual machines endlessly throwing digital gas on the fires of the public’s growing outrage. Retaining this status quo will simply grow that outrage, cementing the self-fulfilling prophecy of anger and resentment we’re already beginning to see. But even worse, platforms like Parler and MeWe are now attracting the disaffected masses on the right, assuring them of social media access free from dissent.

The problem is not limited to the right. Some shrill leftists have come dangerously close to demanding censorship of right-side material on platforms like Facebook, motivated first by the noble goal of corralling false news but eventually showing disgust to anything with the stink of Trump on it. Making sure opinion is labeled as such is one thing but eliminating opposition material altogether just because you hate it is quite another. Further, even as progressives have rightly called out conservatives’ use of “alternative facts,” they’ve turned around and offered their own subjective interpretations of Republicans’ actions and words, wading into the very territory they decry.

Whatever your position, we should all agree on one point: the absolute last thing we need right now is segregated social media. But even as I say it, I know a majority of Americans will strongly object.

Without the temperance of opposition, these platforms will become massive echo chambers for automatons who march lockstep in time to the beat of a single ideological drum. Neither side should think for a moment that this is a good idea. While it may feel good at first to “finally be free of people who are just wrong” — read: people who hold different opinions — such a division will be catastrophic for an orderly pluralistic society. If both sides are holed up behind the digital barricades of separatist social media, the public discourse we’ve always depended on is gone. Think about it: social media has displaced newspapers, the staid debate of newsprint replaced by the hot-tempered real-time rancor of ill-moderated online forums. It’s the new public square and it’s ugly. If you had told me 20 years ago that we’d reach this point today, I’d have scoffed. And I haven’t even mentioned the meddling of the masters, who have realized just how easy it is to influence the intellectually lazy.

It boils down to one critical truth. Each side needs the other side to keep it on point — to prevent it from straying into the realm of unchecked political cartoonism. Only the most arrogant could see silencing the opposition for one-sided Utopianism as a good thing. That’s not a free society at all. And if you think for a moment that such collectivism will work out in spite of all of our human differences, I can show you dozens of despotic regimes that tried such experiments and failed spectacularly.

Key to staying on point is exercising a degree of restraint: that restraint is best provided by knowing one’s ideological opponents will call out any overstatement or untruths. A chief problem with the way things are now is so many of the outrageous claims being paraded as truth do have a degree of actual truth in their origins. But germination in the echo chambers that bred the claims means the over-fertilization of a seed of truth turns into a monster plant of absurdity.

We need the other side to keep our natural urges to overstate in check. Even if a little seeing what we want and embellishing our facts is at first harmless, it soon multiplies exponentially. The other side keeps us honest — both with the debate and with ourselves. The other side challenges us when we drift toward exaggeration or overstatement, natural human tendencies especially when they’re directed at a topic about which we’re passionate.
Whether we like it or not, we need the other side.