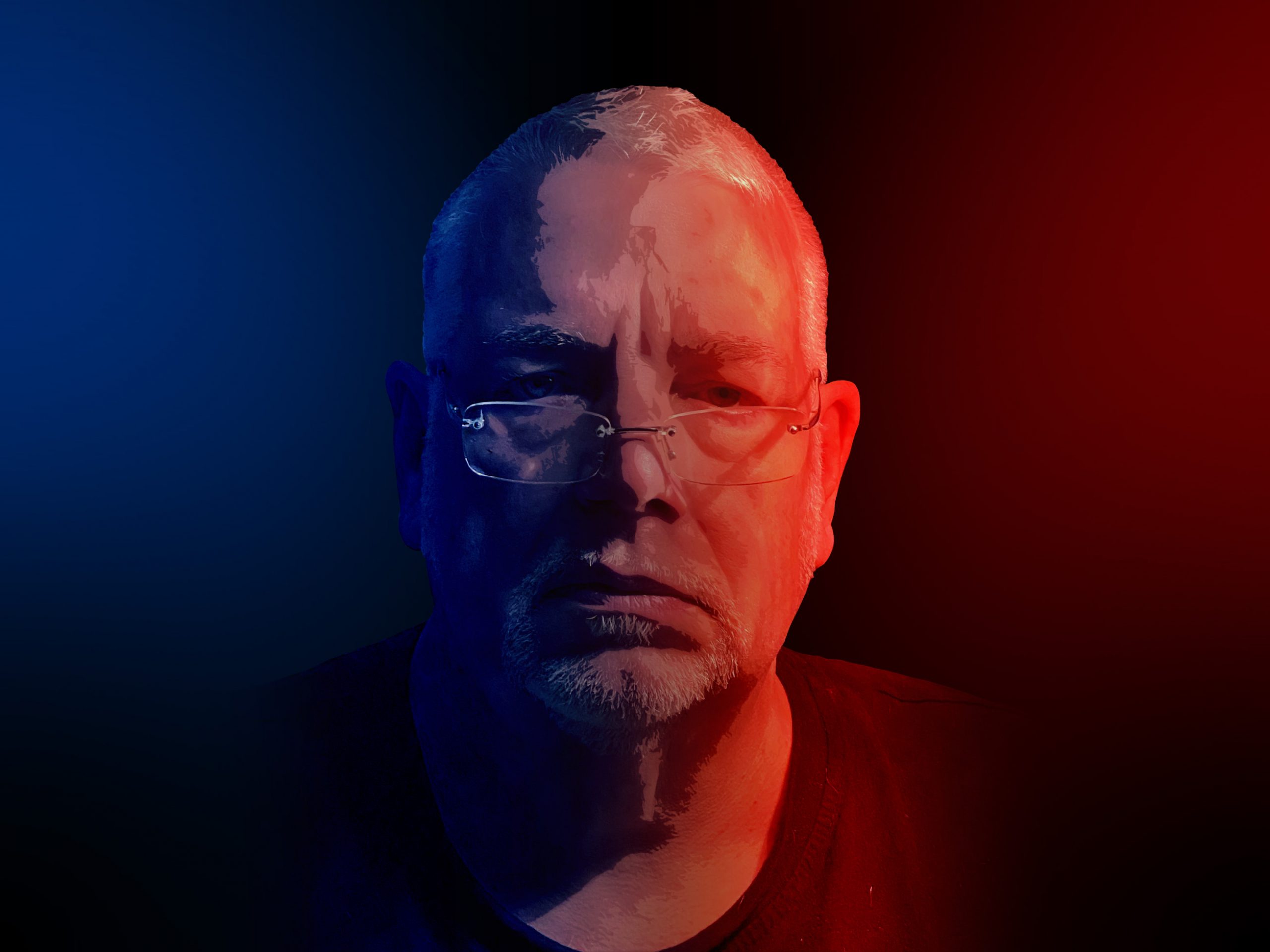 Somehow, I ended up in the middle, straddling a line — several of them, as it turned out. I noticed the first one several decades ago.

For probably thirty years, I’ve been saying, “All my friends are Democrats.”

I was a loyal, law-abiding Republican until the party changed, the times changed, my circumstances changed and my opinions changed. Today, I remain a registered Republican and I support some traditional conservative principles but I also support some progressive principles and some libertarian principles. Perhaps oddly, none of my positions conflict with any other but that’s a different conversation. Through it all, my friends continued to be Democrats and I was happy to share that information with anyone who’d listen.

This position unintentionally put me in the middle politically, a position where eventually my party cohorts didn’t doubt me and my opposition friends trusted me. It was a position I enjoyed because it brought robust debates and spirited arguments over a spectrum of issues — arguably, my entire adult political identity was formed with these friends, over these events. I always got along well with my friends and colleagues — there was never really a serious concern our differences would drive my left-side friends and me apart. Likewise, I was confident my Republican colleagues knew I’d never sell them out on the sly.

I got my first newspaper job in the late 1980s. I wound up in the middle there, too. Since I possessed an odd skillset that meant I was both a qualified graphic designer and a proficient writer, I found myself straddling the news/advertising wall, the only employee in the company who did so. It’s important to note that newspapers historically maintain a strict separation between the news and revenue sides. For obvious reasons, advertising personnel and newsroom staff are kept completely separate so advertisers cannot affect news reporting. At this particular newspaper, I worked in its small production department and I wrote an inconsequential human interest column every other edition. Since my column was considered commentary and not reporting, having one foot in each department was irregular but not a significant issue.

Over the many years and many jobs that followed, I began to preach a message of unity, urging people to celebrate all that we share in common rather than focusing on the handful of issues separating us. This became like a mantra, a core tenet of my beliefs. It was also a logical product of life in the middle.

As luck would have it, my final newspaper gig also found me straddling the sacrosanct line between news and revenue. This time, though, I worked as an actual journalist so my fence-top perch caused a bit of angst among management — not least because I was known to enjoy both inappropriate humor and speaking bluntly. But I was only a food-and-wine writer so the risk wasn’t too bad and, besides, I took my role seriously and was careful to avoid overstepping. These positions ultimately morphed into a senior editorship of a beverage publication where my attention looked at both the money and the writing aspects, anyway. My focus on wine and food lent itself smoothly to the unity theme.

At the onset of COVID, I essentially retired. Because my household immediately quarantined (and have continued to do so for a year, so far — two members fall in high-risk groups), I found myself bored and looking for something to keep me from going stir-crazy. If I’m truly honest, I wasn’t as worried about going nuts as I wanted to do something that kept me relevant — hopefully an activity where I could continue to preach unity and everything-we-have-in-common and all that. So I reinvented myself.

Half-joking, I rebranded myself as a political commentator. By “rebranding,” I mean I added “political commentator” to my list of writing experience because I have written rather a lot of it and it sounded like a good title to bestow upon myself. At any rate, I thought it might give me something to do during the election.

After napping through the May 2020 primary, I agreed to help a couple friends with their political campaigns in the fall, intending to contribute some graphic work, you know, typical small-town electioneering. Of course, being 2020 and all, the Klingons had already landed and were nefariously plotting the unseating of a municipal government so my sleepy campaign duties almost immediately morphed into fighting a small-scale war. Fortunately, I had some experience in these matters and was prepared. Curiously, even in battle I remained in the middle — my candidates were centrist Republicans being challenged by right-siders.

But nothing made me feel — almost physically sense — my place in the middle as uncomfortably and uneasily as when I was asked to write several pieces on race. I am a white male who doesn’t for a second believe race is my struggle to claim — I cannot speak for a person of color and no person of color wants me trying. Still, it was a moral issue and I believed I could tackle it if I did so with reverential respect and no attempt to either speak for or speak to an oppressed people. To be perfectly clear, I see no middle ground on race — I come down firmly on one side. But I felt very much between the human beings I tried to bridge.

In the last week, several conversations underscored my middlesome position, making me realize the incalculable value of being able to talk to the other side without shouting or hurling obscenities. Ironically, they’re mostly discussions I won’t describe because they were conducted off the record, with people on opposing sides. But that’s exactly why the ability to have meaningful dialogue is crucial. Our country currently lies in an almost unrecognizably fractured state. Probably more than ever before in our history, we need to talk to each other civilly. Even at the height of the ugly election a few months ago, the value of talking to the opposition became evident in a personal way when I discovered I was working against someone I knew and trusted. Our subsequent conversations resulted in a dialing down of campaign hostilities, even though much of the damage had already been done. The importance of being able to pick up the phone and have that conversation didn’t hit me until later.

But now, it’s one of the topics that most occupies my mind.

I sometimes find it difficult to believe I have earned the trust of both sides, even after 30 years of trying to do just that, first subconsciously then intentionally. I jealously guard this trust. Although I always knew a cordial dialogue had the potential to greatly enrich, I never thought it’d become the lifesaving measure we now sorely need. Clearly, trust is in short supply at the moment. But the good news is you don’t need that trust up front, just a willingness to start the conversation. Trust will return with time and healing.

For the record, I am not urging folks on the left to reach out to QAnon enthusiasts, white supremacists or any group that espouses nonsense, violence or hate. If you look beyond the outrageousness, you’ll find plenty of sane conservatives who recognize the need for dialogue and healing — people who are alarmed and embarrassed by the recent extremes of their party. Likewise, I am not urging the right to start a dialogue with Antifa.

What I am urging, appropriately enough, is a look toward the center. When you take your attention off the fringes for a moment, you’ll see enough people in the middle — a place I increasingly value — who share your love of country and grieve for what we’ve lost in recent months. And civil conversation starting in the center will be the first step to restoration and healing.