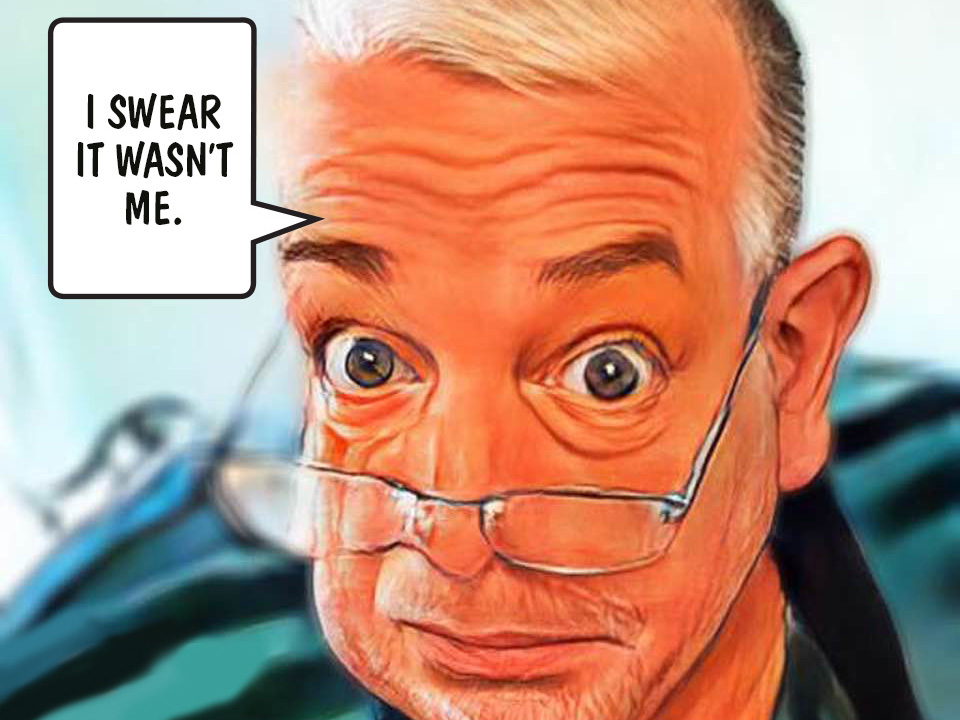 An appetite for argument

I was horrified this week to discover I hadn’t followed my own advice. It wasn’t the big one, mind you. I spent two decades preaching the unifying power of food and drink because what can spark a shared passion better than a magnificent meal accompanied by a favorite adult beverage? This advice I could never forget — I carry around a permanent reminder in the form of my belly. My job, it seems, sent me to the big-and-tall shop as penance.

No, the advice I forgot was the one about divorcing myself from my own perspective long enough to glimpse the contrasting perspective of someone else. This quiet task is immensely useful in understanding how other people think. More subtly but probably no less importantly, divorcing myself from my own perspective allows me to get an idea how I, myself, am perceived by others. Understanding the perceptions of others — both universal and personal — is crucial for any opinion writer. Of course, that’s exactly the bit I’d forgotten.

People who know me are aware I tend to play well with others — I have friends from one side of the political spectrum to the other. I am a moderate Republican, a political centrist, a person who is about one-third liberal Democrat, one-third conservative Republican and one-third Libertarian, if you parsed me. In person, people tend to like me, although I can sometimes tire people out. Certain rigidly unimaginative people find my humor inappropriate or — gasp! — immature.

Everyone knows I have become everything I ever mocked — I’ve joked about it even though it’s hardly hyperbole. But I believed I was safe writing commentary. I was convinced I was passionately writing about causes close to me and people I love, fighting the good fight, perched on the same latter-day moral high ground everyone else claims to hold, too. In my head anyway, that’s what I was doing. I might be a little grouchy from time to time but my favorite political writers have always cultivated a little curmudgeonliness so why not me?

Then a friend who doesn’t really know me all that well stumbled on some of my political commentary on her way to find a humor piece I’d written. (Yes, I’ve been known to write humor, too. Shut up.)

It took less than two minutes for me to divorce myself from my oblivious perspective and see that my collection of opinion manifestos painted a decidedly unflattering picture for those who do not know me well. As a series of angry essays flashed before my eyes, I was horrified to realize I was one of those ranting cranks I frequently decry. I could almost feel the color drain from my face as I was forced to admit I was a raving lunatic.

It seems the journey from celebrator of the rich food and beverage scene to the wasteland of political controversy reduced me to an overfed complainer who could regurgitate vitriol faster than you could say Pinot Evil. Think Mr. Creosote from Monty Python’s The Meaning of Life only without the tuxedo. Or the bucket. Or even the cleaning woman.

It doesn’t help that a pandemic robbed me of material and a platform from which to broadcast it. And to be fair, all of this is not entirely my fault, considering I can’t use my favorite writing tool.

For 20 years, I dutifully described local cuisine, wine and beer in print. I also wrote many dozens of committee testimonies supporting bills before the Oregon Legislature. In addition, I authored hundreds of business profiles for merchants and professionals all over the region. Through it all, I used my lifetime of collected anecdotes to help tell many of these stories, finding that humor could capture an audience far better than dry narrative, even in legislative testimony. In the dining and drink magazines on which I worked, I used a great deal of humor to emphasize the thousands of traits or tastes we have in common, hopefully discouraging us from focusing mostly on the half-dozen issues about which we disagree. Whether you liked what I wrote or not, you could never call it divisive or controversial.

Then COVID came along and took my livelihood along with all the disinfectant spray and toilet paper. Food and wine writer, restaurant reviewer, wine columnist, brew taster, editor-in-chief of a statewide beer magazine, managing editor of an upscale regional dining and spirits magazine: those titles meant nothing when all the restaurants were shut down, many never to open again. If I can’t write about food, I reasoned, I might as well go on a diet and write about political topics. Besides, I didn’t have any toilet paper so it was a practical decision, too.

Just one problem: last time I wrote about politics, we all liked each other so I could use humor liberally as I weighed in on the topics of the day. I knew instinctively that humor would be off the table this time, considering that we all hate each other now and no one finds anything remotely funny. I never considered that passion untempered by levity could sound dangerously close to the timbre of a Goebbels speech. Without humor, all textual communications tend to be interpreted somewhat more gravely than they were intended, anyway. Blithely unaware, I became like one of those perpetual letters-to-the-editor cranks who pepper the newspaper with complaints. Even a few people who agreed with me could see that crazy glint in my eye.

Dang. Now what was I supposed to do?

Trying to temper a political rant with humor won’t work — aside from the aforementioned humor deficit in which everyone seems to be wallowing, some of my current topics simply aren’t anything to joke at or around. For a variety of reasons, my days covering food and drink are gone. This means I’m stuck sharing my opinion on other stuff, like politics. (Trust me, you don’t want to hear my opinion on things like celebrities, mountain climbing or freeway driving in Oregon.)

If I can’t weigh in on the big political topics in a humorous or lighthearted fashion, then I must sprinkle my rants with pieces on lesser subjects — essays that are self-deprecating, humorous, easy-going and maybe even a little insightful, just not mentioning things that make people hit each other or storm government buildings. I am confident I can do this. Well, maybe not the insightful part.

But let’s get serious for a moment, I promise not to rant.

Both sides of the aisle seem to be increasingly committed to self-segregation, a state indescribably unhealthy for a functional democracy. At some point over the last year or ten, we started believing the hyperbolic insults we were hurling at each other. Trash-talk has always been a part of politics yet I am deeply worried by the number of people who fervently believe all conservatives are ignorant racist bigots and all progressives are anti-American baby-killers — I hear both of these terms used earnestly and frequently by people I know and respect. I cannot overstate this: such pejorative terms should be used with great restraint, not as a careless and common part of our political discourse.

Since it has become fashionable by both red and blue Kool-Aid-drinkers to respond to calls for unity by piously stating, “you have no right to ask me to embrace someone who hates my very essence” or some such breathless overstatement, I’m not. I am not suggesting either side embrace, accept, enjoy or otherwise tolerate anyone who actually despises them. But all those folks who aren’t hateful bigots or pinko baby-killers are a different matter. Reasonable people who happen to disagree with you on an issue or two should be respected as fellow Americans who once upon a time didn’t mind that not everyone thought exactly the same way. Once we lose our uniquely American respect for our varied perspectives, we won’t get it back.

As I fumble about trying to regain any reputation but a crazy-angry one, it’s a good time to remember we need to cut each other a little slack in matters of opinion. This is exponentially more important now that we’ve become dependent on social media where the nuance of tone and subtle body language are lacking to temper our messages. Without these cues, I know I often come across more severely than I intended. No amount of emojis, LOLs, LOLOLs or LMAOs can convey whatever affable-but-probably-sarcastic temper lurked behind the words I wrote that wound up causing angst.

For me, food and booze are out while rice cakes and ranting are in. But I promise to be a little more understanding of whoever I’m criticizing and a bit less mocking in my critical tone. If I don’t, you can be sure I’ll remember my own advice to divorce myself from my own perspective long enough to determine you’re beginning to believe I’m a crank.

Oh, who am I kidding? You never stopped thinking that, did you?