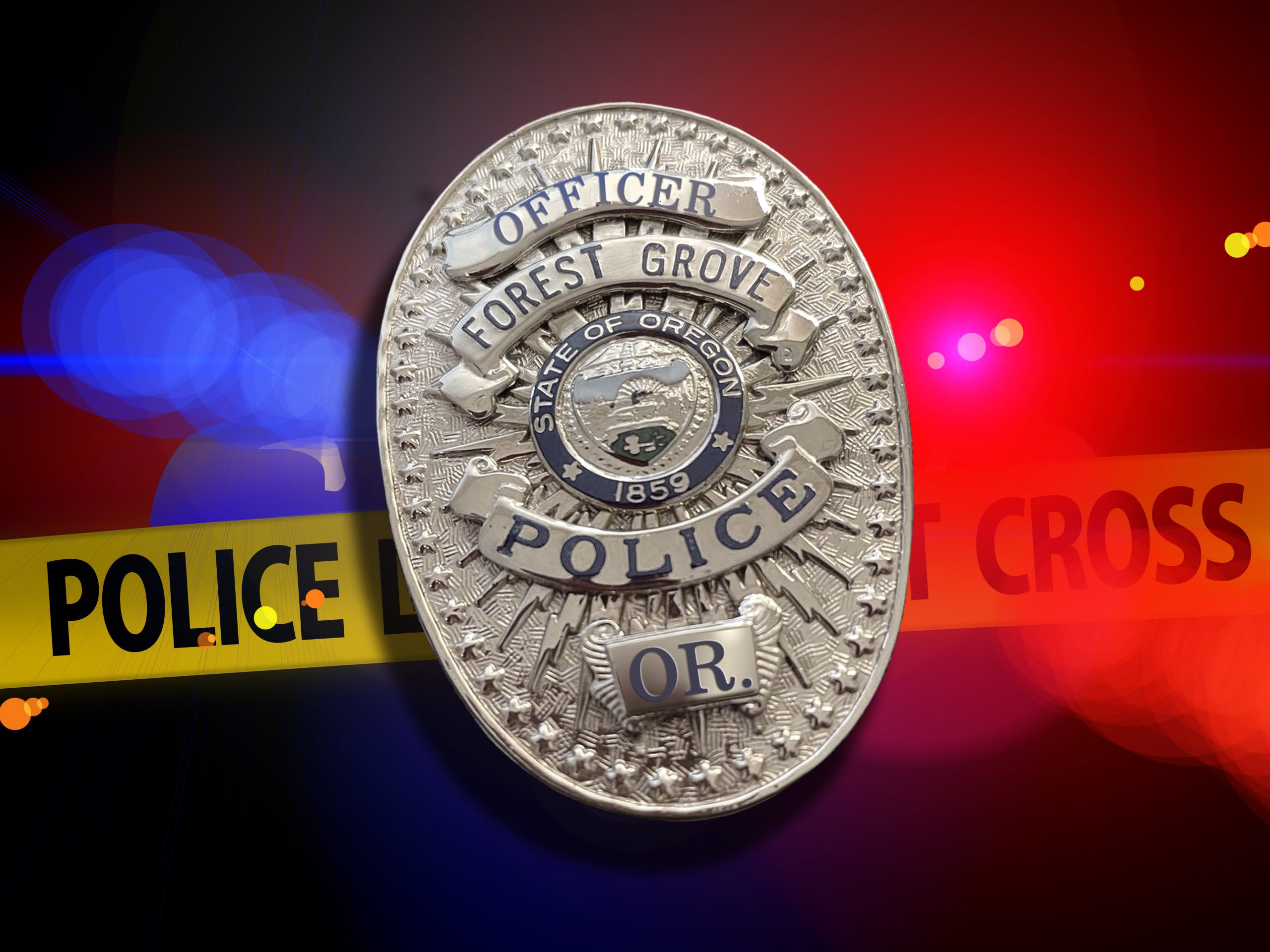 An embarrassment of a cop

I am sick — really sick — of writing bad things about police officers. My father wears a badge. So does my cousin. My uncle served as longtime chaplain to a police department. All three are good men — men of honor. Whenever I write commentary disparaging law enforcement, I feel as if I am betraying these men. But worse than feeling sick, worse than feeling like a traitor, I am disgusted that other sworn police officers keep providing fuel for the fires of my outrage.

Law enforcement is probably the most difficult, thankless job on the planet right now. Cops are jeered, attacked, criticized, spat upon, mocked, assaulted and constantly second-guessed — often, they can do very little in return, forced to exercise an inhuman level of self-control. People like me write bad things about some of them yet they have to be polite to us. Unfortunately, much of the public disfavor directed at the police has been earned by certain members of the profession — too many members of the profession. This shame is self-inflicted. While I am willing to say the majority of police officers are good men and women, I do not believe it’s “just a few bad apples” giving the profession a bad name — it’s more than a few. Far too many egregious examples of misconduct continue to happen, every day, often followed by cover-up actions. It’s time to take out the trash.

The argument that police officers are just humans who make mistakes doesn’t wash with me. Not when you’re a cop. When you carry a gun and wield lawful power of life and death over your fellow citizens, you must be committed to a no-fail mission. When the counter attendant at McDonald’s messes up your order, maybe you get annoyed but no one dies. When I make a mistake in my commentary, I might anger someone or embarrass myself but no one dies. When police officers make mistakes, too often people die. When you carry a tool designed to kill people, you must be held to a higher standard than a counter attendant, a store clerk, a bus driver or even a writer.

“But if only he’d just complied!” people lament. Sure, you and I know we should comply with any order given by a cop — we know we can, at least in theory, ask questions later. But when you’re a member of a community of color with a long and storied history of mistrust of the overbearing authority of mostly white law enforcement organizations, you don’t always think with a clear head. When the officer is shrieking obscenities at you, his or her sidearm thrust at your chest over some violation as stupid as an air freshener, you might be justified in your panic. When you’re a Black male, you know you’re viewed as a violent thug, even if you have a college degree and you wear commissioned officer’s bars on the collar of your U.S. military uniform. A Black man does not deserve the indignity of an automatic felony-level stop just because he’s not white. A Black man does not deserve to die over an alleged fake $20 bill, a bad check or a burned-out tail light.

Black lives matter. That is a sentence, not a reference to an organization. It is a simple statement, a reminder for those who need reminding.

But in Forest Grove, that statement was evidently a trigger for one drunk and immature man with self-control problems.

Just up the highway from McMinnville lies the town of Forest Grove. A suburb of Portland, Forest Grove is part small town, part metropolitan bedroom community. So close to a major city, you’d think the police department in a town like Forest Grove might have somewhat higher standards than a little hick town in the middle of nowhere. But you’d be wrong.

Just after midnight last year on October 31, Forest Grove officers responded to a report of a man terrorizing the residents of a private home. The man had reportedly entered the victim’s driveway, setting off a vehicle alarm and attacking a Black lives matter flag displayed on the house. According to court documents, homeowner Mirella Castaneda and her young son sat cowering in the home, terrified, as the raging suspect attempted to kick the front door down, challenging them to fight, in a drunken rage that Castaneda dared display a Black lives matter banner.

When officers arrived, they discovered the alleged attacker was, in fact, one of their colleagues. But so great was Officer Steven Teets’ drunken stupor, he didn’t recognize Officer Bradley Schuetz and Officer Amber Daniels, two of Forest Grove’s finest, people he worked with every day.

Since he was off duty at the time of this incident, Teets was free to get as drunk as he wished — but he was not free to try to attack private citizens because he despises their simple Black lives matter sign.

Is it just me or is an immature man with anger and self-control issues coupled with bigotry and an unbelievable appetite for alcohol a totally inappropriate candidate for a police force? Is it really possible in 2021 to be clueless that you work with a guy who has a litany of character faults that should exclude him from wearing a badge and carrying a gun? Wake up, American police administrators: losers like Teets are a big part of the public’s disgust with law enforcement. Can you not see that?

Worse maybe, I can’t help wondering if, like most other off-duty cops, Teets was packing a sidearm during his drunken attack. I bet I know the answer.

If the embarrassment of Teets’ alleged rampage wasn’t bad enough, Officer Schuetz decided Teets hadn’t really done anything all that awful — Teets just needed to go home and sleep it off.

Seriously? Police officers have killed Black men for far, far less than Teets’ violent episode. And Schuetz apparently didn’t believe Teets warranted even a smack on the wrist so what did Schuetz do? He drove Teets home.

If that’s not a violation of the public’s trust, I don’t know what is.

To make a long and sordid story short but no less sordid, the Forest Grove P.D.’s desire to keep the story quiet was shot down when Castaneda filed a tort claim notice. “The officers who investigated Ms. Castaneda’s 911 call worked in concert, either intentionally, or subconsciously due to implicit bias, to deprive Ms. Castaneda of her Constitutional rights in various ways and in substantial part because of her support for Black Lives Matter,” says the notice. Castaneda’s attorney claims investigating officers did not search Teets for weapons, intentionally omitted the Black lives matter component from their reports even though that’s what set Teets off in the first place and did not activate their body cameras which would have shown the flag — another clear breach of the public’s trust. Unless he’s completely dense, Forest Grove Interim Chief of Police Henry Reimann must be aware his officers’ shameful conduct is why many people have lost all patience for corrupt and inept law enforcement.

When former Forest Grove Chief of Police Janie Schutz abruptly retired in January 2020, she alleged widespread misogyny and misconduct throughout her department, including failure to investigate potential felony-level crimes. Six months later, she testified before a legislative committee, saying Forest Grove City Hall resisted her efforts to address the problems. She told committee members the city ultimately forced her to retire.

Schutz testified: “My reward for doing the right thing was for the city manager to place me under investigation for an alleged violation of city handbook policy, which to this day, I deny all allegations.” It seems Chief Schutz was right in the end, if Officers Scheutz and Teets’ conduct is any indication.

Teets has been charged with second-degree criminal mischief and second-degree disorderly conduct. He has been placed on administrative desk duty as he awaits trial. The Washington County Sheriff’s Office investigated, arresting Teets back in November.

After Beaverton P.D. took over the investigation into Forest Grove’s handling of the incident, Schuetz was arrested this week and charged with first-degree official misconduct, a Class A misdemeanor. A grand jury indicted Schuetz on May 6. He has been placed on paid administrative leave.

How can we weed out these totally inappropriate people from consideration as law enforcement candidates? Immaturity, anger-control issues, self-control problems, hatred of Black people, intolerance of those with opposing political views, alcohol gluttony — all of these should be red flag warnings to those making hiring decisions. Is there no way to screen for these character flaws?

I am sick of saying bad things about cops. But I’m even sicker of bad cops killing Black people.