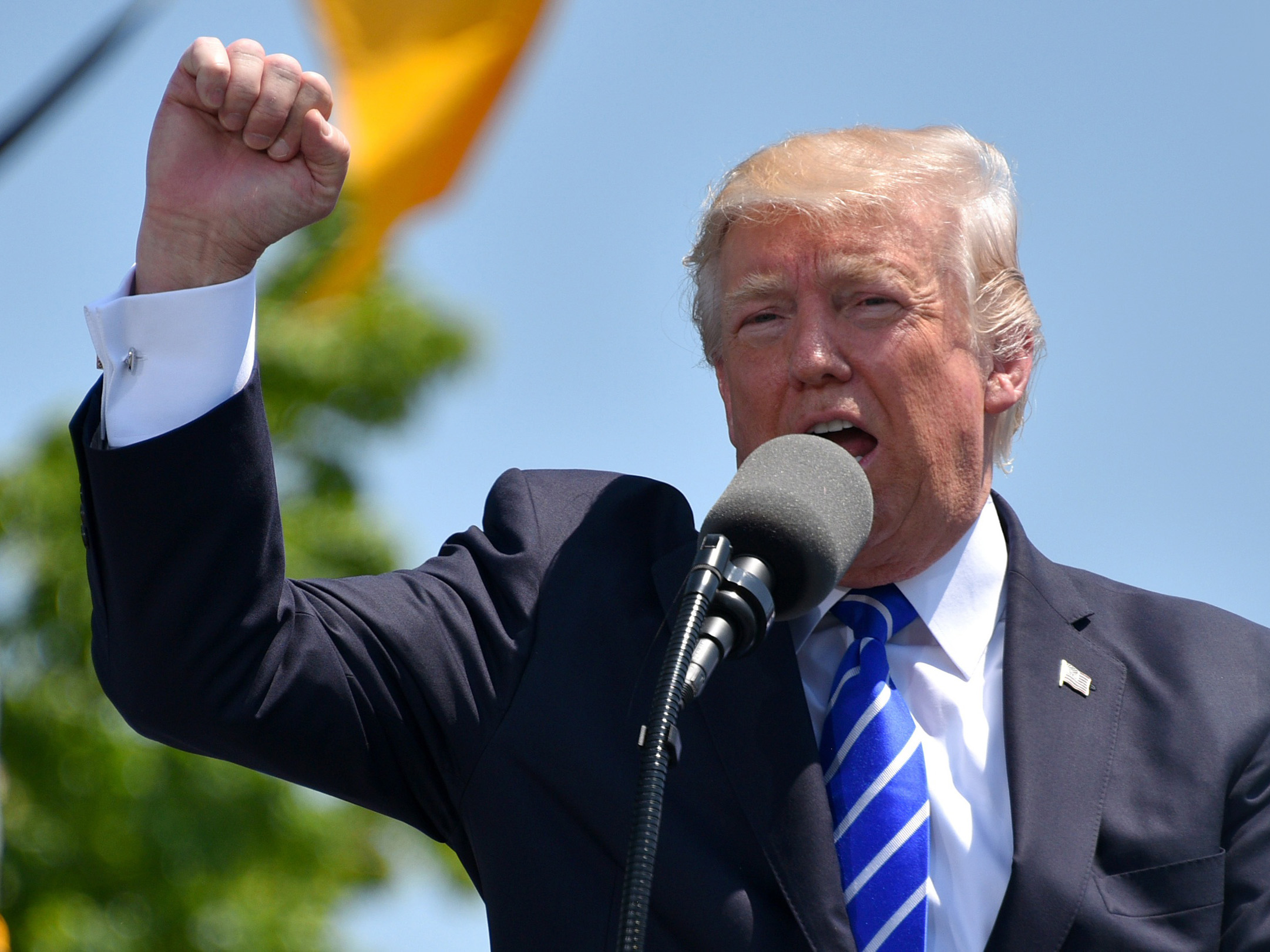 “I am proud to administer the oath of office to the rightful president,” said Davis. “I mean, this is way more exciting than not issuing marriage licenses back in Rowan County.”

The true president wasted no time outlawing anything he found threatening. “We are restoring the Bureau of Land Management’s name,” said President Trump. “From now on, BLM means trees and rangers and cute little forest animals.” The president said Black people need to quit complaining and leave the white people out of it. “I did more for the Blacks than any other president, ever, even Idi Amin,” said Trump. “They should be grateful and quit bugging everyone.”

Trump’s new vice president, Mike Lindell, had nothing but praise for his boss. “He won the election by a landslide,” said Lindell. “He carried the state of Ontario, something no Republican president has ever done before.” When informed that Ontario was actually a Canadian province, Lindell shrugged it off and said it underscored his point. “See? If even those people voted for him, that just shows he’s the rightful president.”

Lindell explained how the election results became much more clear once the G.O.P. abandoned hindrances like evidence and fact-checking. “When we realized that all the people who know stuff are liberals, we had to quit fact-checking,” Lindell said. “Bill Gates owns Snopes and Google and Amazon and he wants to control our minds with microchips and vaccines and fluoride and we’re not going to let him destroy America with that liberal crap.”

Lindell said removing fact-checking simplified his task as he put together his “Absolute Proof” documentary. “I’ll tell you what, it’s a whole lot easier to make a documentary when you don’t need to waste time confirming everything,” said Lindell. “Man, that was a pain in the neck! Fortunately, MyPillow® eliminates that kind of discomfort.”

Lindell said the G.O.P.’s new policy on fact-checking was especially handy when he accused Dominion Voting Systems of massive voter fraud. “Well, I’m pretty dang sure the Chinese and the Venezuelans changed all the Trump votes to Biden votes,” said Lindell. Experts say that such an accusation requires Dominion’s voting machines be connected to the internet. But Dominion has demonstrated its machines are part of a closed system, not connected to any outside network. “We dodged a bullet on that one,” said Lindell. “Fact-checking would’ve really screwed that up for us.”

When Lindell’s hired cybersecurity expert said he was unable to find proof of election fraud, the vice president brushed off this detail. “We get our intel from an organization called Qanon,” Lindell said. “It’s much more reliable than the liberal propaganda from outfits like the NSA, the CIA or PBS.”

The first moves of the neo-Trump administration included planning activities for reinstatement week. Events include a large military parade, fireworks, two reinstatement balls, several MAGA rallies and a mask burning. “Only the weak wear masks,” said the president. He went on to say asking people to wear masks eradicates their freedom, even if wearing them helps protect them and benefits the whole community. “Many Americans don’t really care about bleeding-heart liberal crap like that,” he said. “Masks destroy lives.”

At the same time Justice Davis was completing the reinstatement ceremony for President Trump, a minor scare occurred when the ground trembled at the Oak Ridge Cemetery in Springfield, Illinois. But after a brief investigation by the U.S. Geological Survey, it was determined the disturbance was the result of one of the interred rolling over in his grave, posing no lasting threat to the public.

[DISCLAIMER: This is satire. It is irreverent humor. It will not hurt you.]