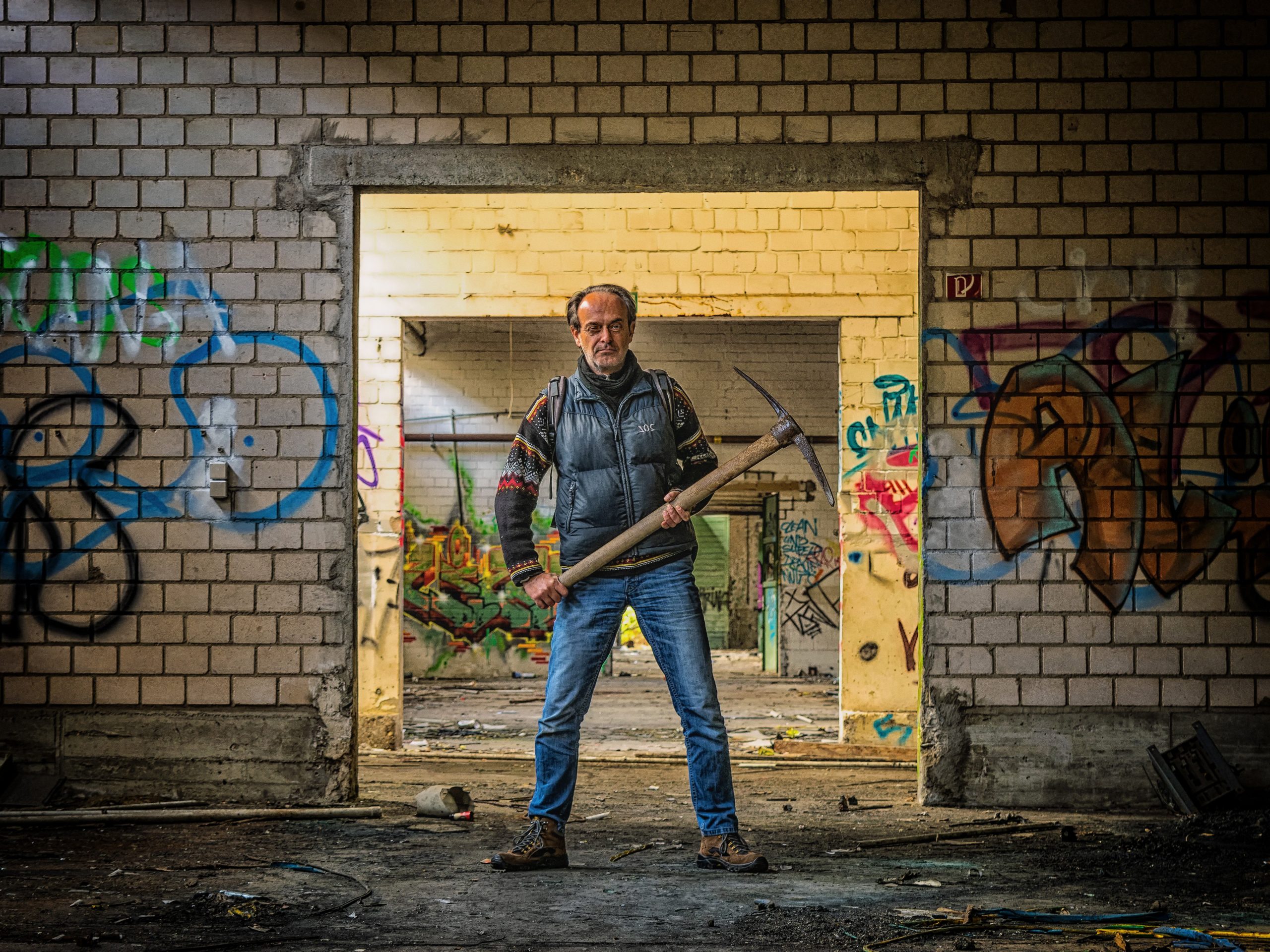 The joke is on me

How did we get here? It’s like we followed a lunatic map to Crazytown, a place where logic is mocked, expertise is rejected, common sense is nonexistent and even gravity is suspect. If you’d told me 20 years ago that American society would become badly fractured in the unnatural manner it is today, I would’ve laughed at your paranoia. But now the joke’s on me.

The pundits and commentators are all singing a similar song right now, lamenting our descent into purposeful ignorance and invited chaos. But there’s a reason for this mournful chorus: we’ve gone from amused to concerned to worried to frustrated to sickened. We know some of the public gets it but a frightening number does not. Worse, those who do not get it view those of us who do with a mixture of pity and contempt. Which, in a predictable coincidence, is kind of how we view them.

I serve as a moderator on a popular social media platform designed to build community by uniting neighbors. I take this small responsibility seriously, abandoning my opinions when I wade through posts. Most users post innocuous observations or pleas, like asking for recommendations for a particular service or looking for good restaurants. But of course, COVID has now reared its ugly head on that platform. Last night a COVID thread had devolved to the point where both sides were trying to out-insult each other. Seriously? We’ve all become third grade playground bullies?

Over and over, I see this. As if awaking slightly dazed from slumber, I shake my head to clear my mind and I realize, yes, we really have arrived at this ugly pointless place.

Here’s where we stand.

First, as I’ve stated in previous essays, we’ve dumped baselines. Since this nation was founded and earlier, the people making up the opposing sides of an issue have first agreed on a stipulated set of undisputed facts, or baselines. In other words, every political issue was built atop a foundation of facts on which all sides agreed before we got busy debating and arguing. While rejecting baselines may not sound like the end of the world, it sets the stage for unbelievable ugliness to come.

Second, we’ve rejected established expertise. Since the dawn of our “enlightenment,” we automatically — sometimes even eagerly — accepted the advice of credentialed experts in the fields of research or practice related to whatever specific crisis had befallen us. We accepted the hard-earned credentials of scientific researchers, medical professionals and public health authorities because we knew they understood a given crisis far better than anyone else. But now, we abruptly decided the experts were no longer the experts, not when the internet and social media groups of like-minded people enabled us to be our own “experts.” When challenged, we angrily point to the one or two outlier researchers who have decided all the other exhaustive research is wrong. With lofty contempt, we disdain the studied word of 10,000 scientists in favor of one or two lonely outliers — who almost certainly have been scientifically rebuffed by multiple colleagues.

Third, we no longer feel a need to dispassionately examine evidence before we take decisions. If we want to take a bold stance, we no longer need actual evidence to back our supposition before we declare our position. We can afford to project confidence because we know many others will join us. We don’t need evidence, we just need enough people standing with us to drown out any opposition. The popularity of obscenities, insults and name-calling as debate makes this one easy.

Yet another error emerges from this third point: we quash logic when we ignore mountains of evidence that suggest our declared position is flawed as we focus sharply on the two or three little clues that favor us. Where we’d once have hesitated before allowing ourselves this indulgence of intellectual sloth, we now forge bravely ahead, knowing many others are doing the same.

Fourth, we are intentionally mis-directing our focus. Rather than viewing related facts or data together to understand context, we are cherry-picking one or two details that suit us and ignoring the rest. This is analogous to refusing pain medication because it only relieves half your pain, not all of it. Likewise, if a vaccine is not 100 percent effective, we showcase the relatively few failures while we ignore the proportionately much larger successes. Choosing to focus on one detail and ignore others is what petulant children do when parents try to make them see something is not good for them. I can’t count the number of times I’ve heard, “Oh yeah? Well, vaccinated people get COVID, too, so I’m not getting the shot!” One fact, no context, yet another person totally missing the point.

Altogether, we have decided that, if one fact is suspect, all facts must be suspect. This would be bad enough on its own but we immediately take it one step further. If all facts are suspect, why take any warnings seriously, even dire ones? If the Centers for Disease Control (CDC) erred in tabulating some numbers at the onset of an unprecedented global emergency, then every piece of data and information issued by the CDC is not worth taking seriously. Therefore we are free to do nothing — after all, the CDC cannot be trusted. Erring on the side of caution doesn’t even enter the conversation. Common sense is nowhere to be found.

Fifth, we are claiming selfishness as a virtue. When we claim that our chances of dying from COVID are minutely small, we’re absolutely correct. But when we use that minute chance as an excuse to do nothing, we’re thumbing our nose at any elderly people in our lives, at any friends or family members who have compromised immunity or are otherwise vulnerable to COVID — the odds of them dying if they become infected is much higher.

Look, anti-vaccine folks, I would’ve preferred not to take the vaccine either. But I decided the potential reward outweighed the potential risk. I applaud those who are mindful of what they put in their bodies but I urge you to explore the enormous volume of evidence — true evidence, like that which would be accepted by an accredited research institution or a court of law — arguing in favor of vaccination.

I have various doubts, too, and I’m pretty sure our government lies to us, both intentionally and inadvertently — it’s government, after all. I also will admit there is a great deal of theater associated with the COVID age. Those salad-bar-style sneeze guards that popped up everywhere might be as useless as they are ugly. I’ll even concede that masks, as we’re using them, aren’t particularly helpful. A mask-wearer can get a limited measure of protection by wearing his or her mask and likewise keep some of his or her germs away from others. But for masks to truly work, everyone would have to wear the right type of mask, wear it properly with no exceptions and wear it every time. We all know this simply ain’t gonna happen. Yes, the theater of the age is all around us.

But none of this negates the need to take this virus seriously. Just because you figure the odds of dying from it are (correctly) pretty small doesn’t mean you shouldn’t turn your focus to the elderly people you love or maybe a friend who has a compromised immune system. Heck, if you really wanted to be nice, you could even worry a little about the people you pass in the aisle at Walmart.

If you look even a little, reasons to vaccinate are rife. And if you look a little harder, you’ll find mountains of scientific, peer-reviewed evidence from accredited academic and research institutions. The vaccines being offered have been in development for over 20 years, they’re not new. Nearly all the rumors and misinformation spread about the vaccines has been debunked by qualified experts — these scientific rebuttals are easy to find. Remember, all those people with graduate degrees who are urging us to vaccinate are, themselves, vaccinated. So are their children.

On the other side, you’ll find plenty of invective, a lot of anger and much conjecture but little hard evidence.