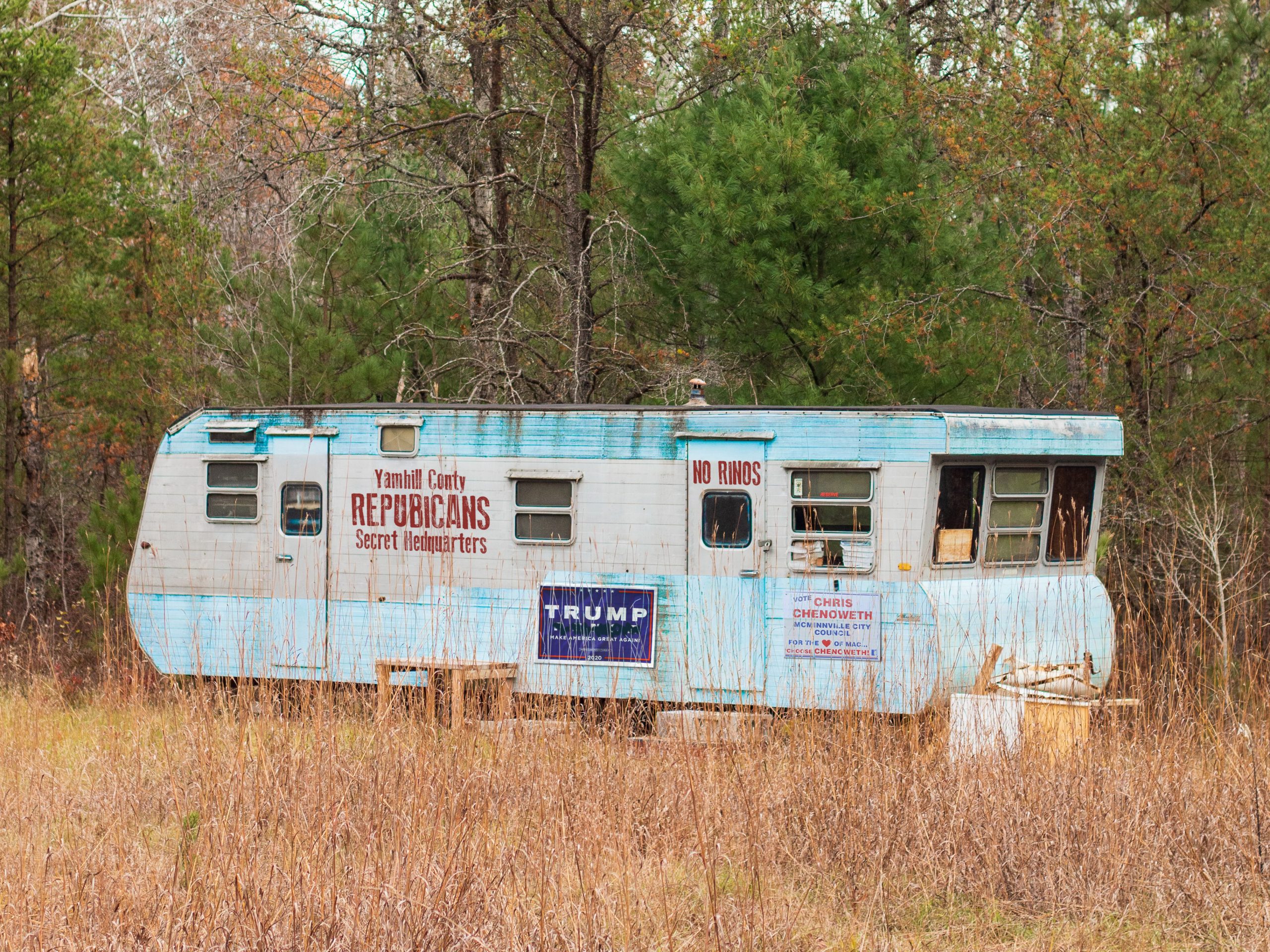 They’re sitting around a dingy little room in an old trailer somewhere outside Carlton. There are five or six of them, wearing flannel shirts and worn Lee jeans or soiled sweatpants. One of the women keeps them supplied with Diet Pepsi and pork rinds.

The leader of the group has about 30 I.Q. points on the others, a fact of which he is keenly aware while the others don’t even know what that means. Still, the leader tells himself, they’re useful idiots — they do as they’re told mostly, anything to strike at the libtards.

That pejorative, “libtards,” gets used frequently in the conversation. The boys never tire of it — its seventh use gets guffaws and knee-slaps just as enthusiastically as its first use.

The meeting is billed as a planning session but it’s really just the leader giving his acolytes their assignments.

These guys like to present themselves with a certain aura. This single-wide-soiled-sweatpants thing won’t pass muster, no matter how accurate it might be.

No, these guys like to maintain an air of mystery and menace — that I-used-to-be-in-military-intelligence-and-then-I-worked-for-the-C.I.A. sort of theme. And when you believe the Second Amendment came out of the Old Testament somewhere, you might as well get a little mileage out of that, too. After all, the libtards are afraid of people with guns so let’s make them quake in their Birkenstocks a little. Let’s let the libtards know we’re packing. We’re packing and we’re watching them, yep, that’s it. They’ll shake in their Birkenstocks and might even pee a little.

The leader pauses, pasting a fake smile on his fleshy face as the boys crack up over yet another libtard reference. They’re good boys, thinks the leader. Not real bright but that’s okay. It’s not like they need to worry about liberal things like grammar or spelling when they’re filling out false reviews for local businesses.

Oh, that reminds me, thinks the leader. He tells the boys he’s got a complete list now of local business owners who signed the recall petition. They need to get multiple false one-star reviews all over social media. Lots of ‘em! Thousands, maybe! Never mind that it’s unethical and immoral to spread lies with the intent of damaging local commerce. Never mind that, according to the Oregon Constitution, business owners have a constitutional right to recall for any reason. He liked that when it was Timber Unity saying it but somehow it just sounds sour coming out of the mouths of liberals. No, he tells the boys, we’re past the days when boring old boycotting was good enough — we’re gonna do our darnedest to punish these libtards and get their businesses shut down. The boys howl with laughter at the latest libtard reference, slapping their knees vigorously and probably involuntarily.

After the boss urges the boys to redouble their efforts in filing false reviews, he moves on to surveillance. He reminds the boys that libtards get nervous when they know the boys are packing heat while eyeballing them. He reminds them that the liberals get all scared when the boys show up unexpectedly or when the boys just stand around staring at them. He tells the boys that he believes their aura of armed menace might even be discouraging some of the liberals from getting involved. Mind you, we won’t break any laws, the leader tells the boys. We’ll just do stuff that makes the liberals feel uncomfortable and maybe a little threatened.

Those libtards scare easy, he tells them. Especially when you mention that you know where all the bodies are buried.

The boys hooted and hollered in a knee-slapping frenzy at that. An insult, dead bodies AND the word libtard — boy, that was a good one!

If we can ruin their businesses and make them feel a little uncomfortable, maybe we can get some of those libtards to stand down. Get them to back off and quit pushing their liberal agenda on us.

Maybe we can get them to quit demanding we wear those silly masks. Get them to stop whining about all the deaths. Make them keep their vaccines and microchips to themselves.

Another round of obnoxious laughter and knee-slapping — man, that joke never gets old!

The boss told the boys if there’s one thing we’ve learned since we gave up on fact-checking, it’s that if the liberals want it, it must be bad. At least the libtards make it easy for us to know what position to take, the leader explained. Otherwise, we wouldn’t know why we were so mad!

Just so we’re clear, this is a condemnation of two tactics currently being used locally. The first is filing numerous false one-star negative reviews of local businesses on platforms such as Yelp because the business owners took a political position that displeased certain conservatives. The second is a very subtle intimidation the same conservatives use to cow the opposition, unsettling some into fearing for their safety. Both tactics are dirty and have no place in local politics.